Southend United Football Club's plans for a new 21,000-capacity stadium designed by Populous have been approved by Southend-on-Sea Borough Council. The planning approval unlocks the club’s long-held ambition to relocate to a new purpose-built stadium at Fossetts Farm in Southend-on-Sea.

The stadium is designed to be the catalyst for the creation of a whole new neighbourhood in Southend-on-Sea, with 1,491 new homes to be built as part of the Fossetts Farm development, including 439 affordable homes for local residents. The stadium scheme includes 347 residential units designed by CZWG. Outline permission has been granted for up to a further 1,114 residential units to be built as part of the wider development.

The move will also pave the way for CZWG’s housing regeneration proposals on the site of Roots Hall, Southend United F.C.’s existing but outdated stadium.

Populous’ designs fulfil Southend United F.C.’s ambition to create a mixed-use stadium development and will deliver a range of assets generating economic activity throughout the week. A hotel and conference facility and mixture of retail and commercial spaces will sustain the residential development and promote continuous use of the stadium. Football training facilities will further encourage footfall and activity within the area.

Mike Trice, Senior Principal at Populous, said: “With the council’s support of this application, we now have a clear path to the delivery of the club’s long-held ambition for a new stadium. We now look forward to delivering Southend United’s vision to integrate homes, business, leisure and sport together under one roof. This will prove to be a vibrant and active development and will deliver the very best new home for the fans and the club”.

Sanjiv Gohil, Director at CZWG said: “This exciting project for Southend F.C. demonstrates how successful collaborative working between three firms of architects, each working to their strengths, can be on a mixed-use scheme of this nature.” 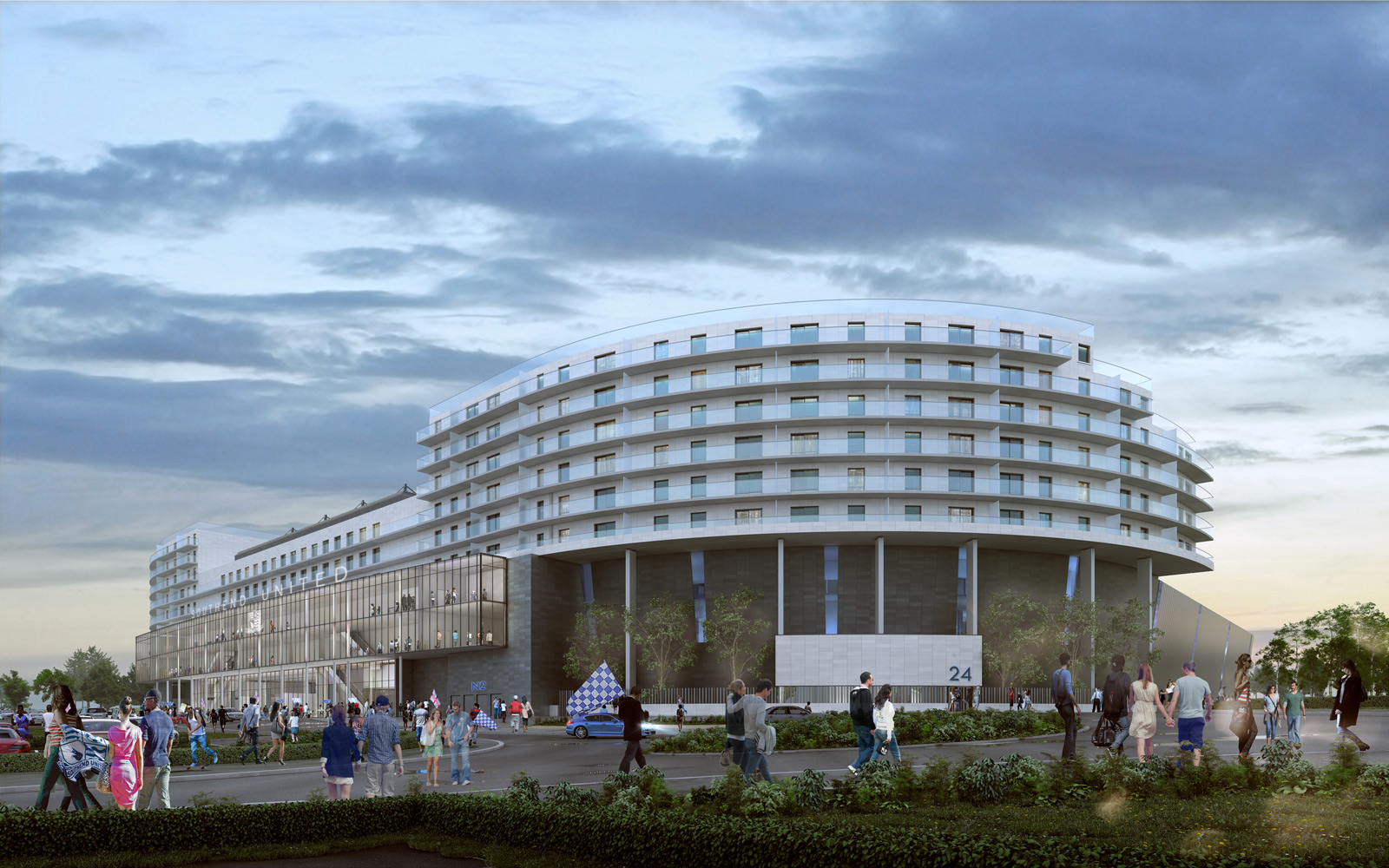 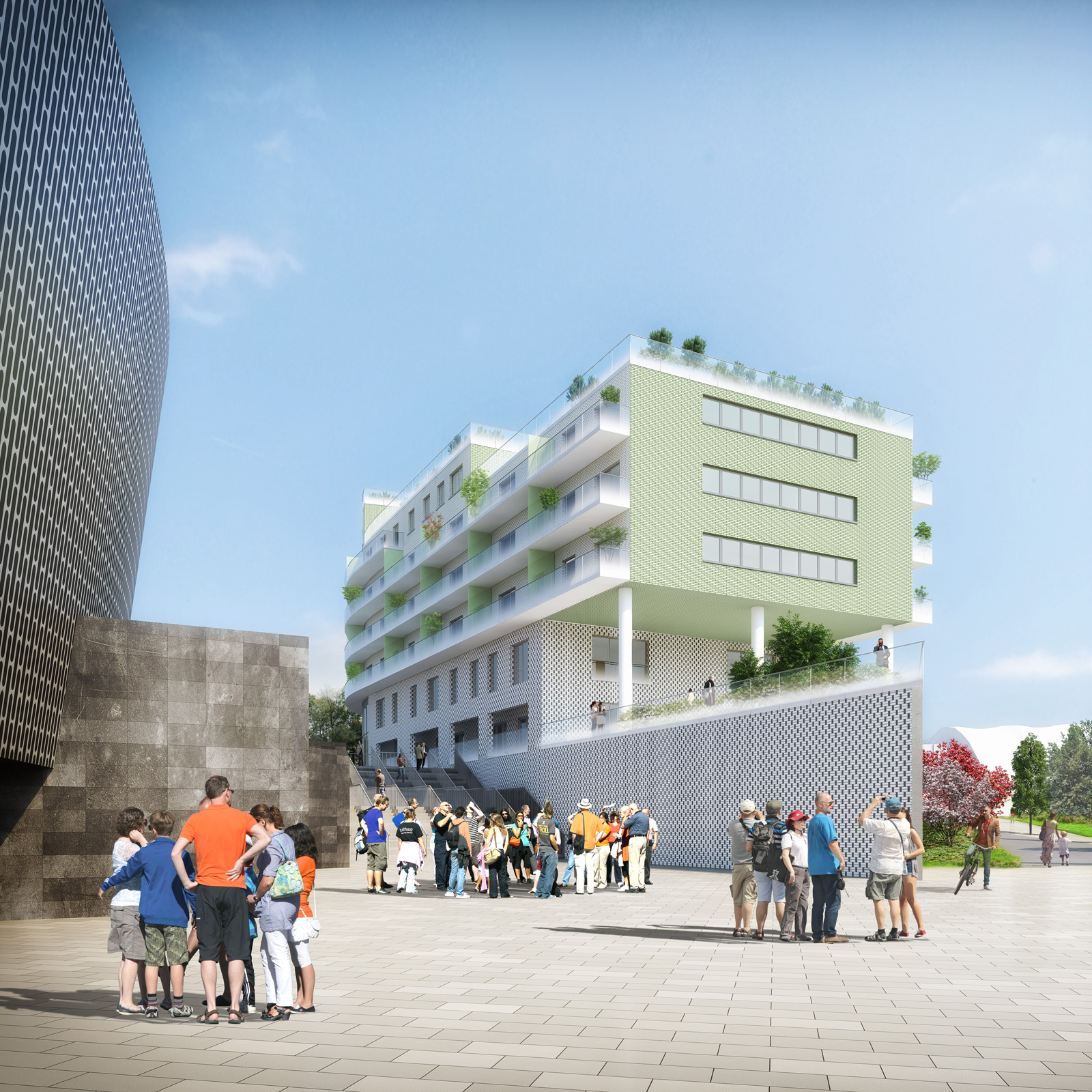 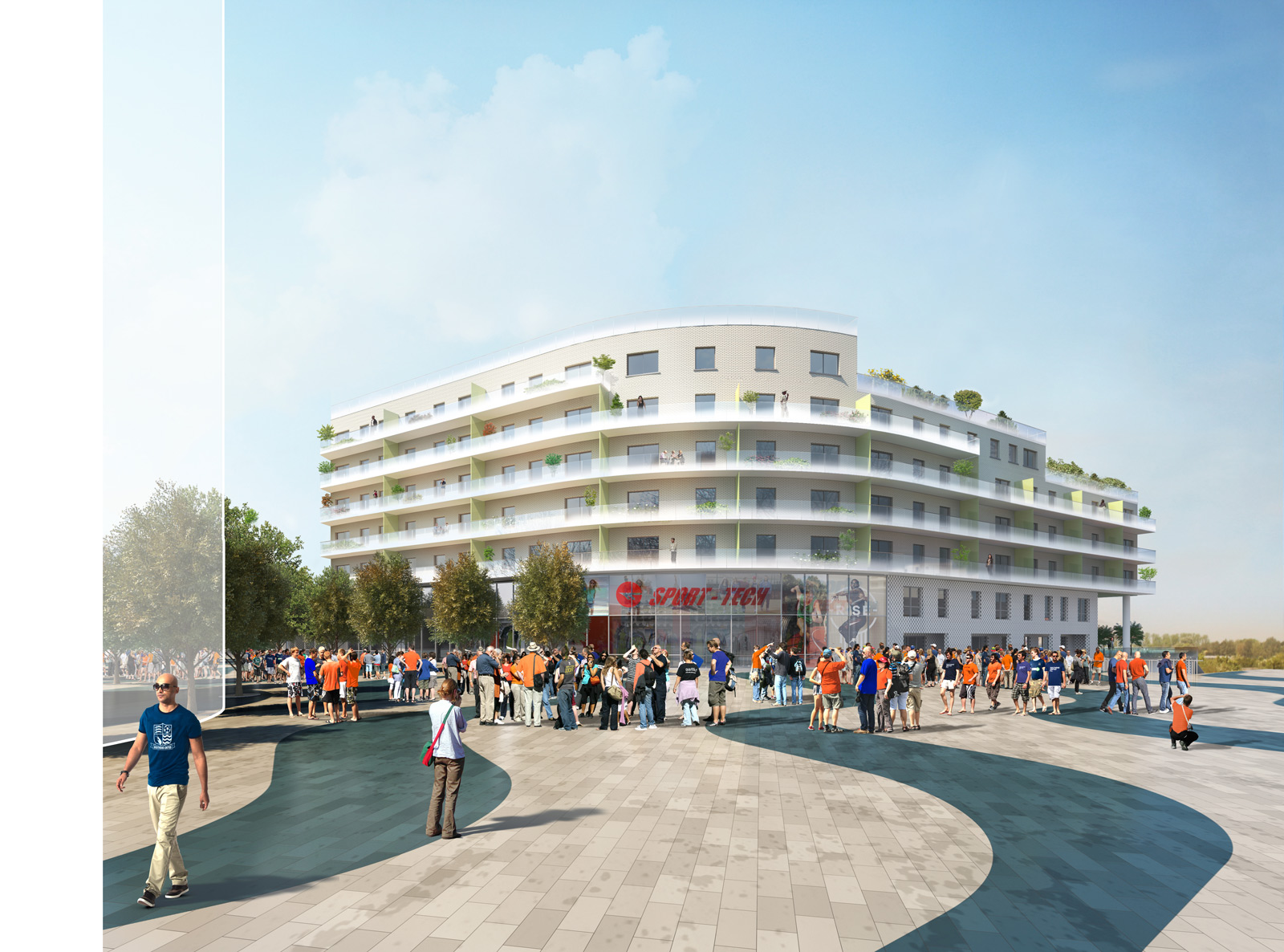 The Third Man Act I | Gray-Jeanneret and the Modernist Getaway

CZWG listed on the AJ100 of top UK practices

The Stones featured in the Architects' Journal

Building Her Story: A short film about women in construction

Studio 144 shortlisted for Planning Awards for the best use of arts, culture and sport in placemaking

Piers Gough on The Progress 1000: London’s most influential people 2018

Is Postmodern Architecture seeing a revival in London?

How CZWG won at snakes and ladders